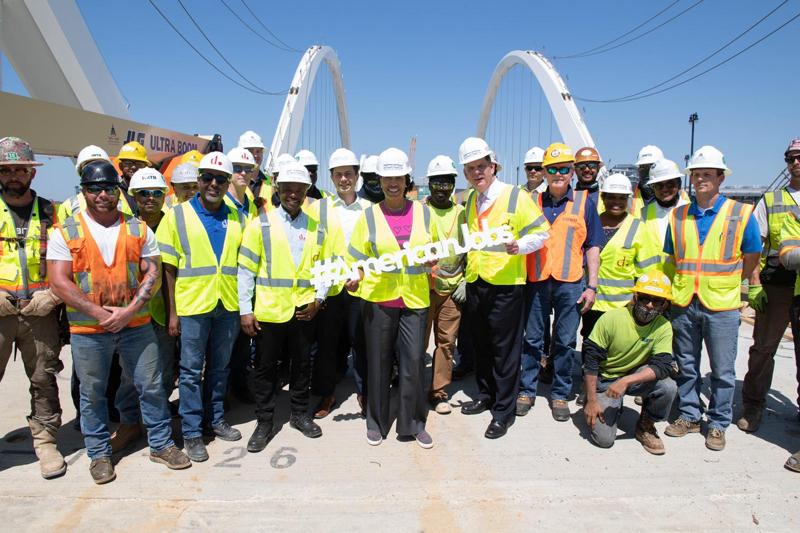 On Thursday, November 17 at 11 am, Mayor Muriel Bowser released the DC Build Back Better Infrastructure Task Force report and presented highlights from the recommendations included in the report. The task force, announced by Mayor Bowser in March, is a group of public and private sector leaders responsible for making recommendations on how to maximize the more than $3 billion coming to the District from President Biden’s Bipartisan Infrastructure Law. The report updates the public on the task force’s work, including 17 project proposals.

On Thursday, March 24, Mayor Muriel Bowser announced the DC Build Back Better Infrastructure Task Force to advise on priority projects to be funded through President Biden’s Bipartisan Infrastructure Law. The $1.2 trillion, five-year infrastructure bill was signed into law on November 15, 2021 and seeks to rebuild American competitiveness through infrastructure by reauthorizing and increasing funding for existing and new programs (over half of the new funding is transportation focused.) The District is expected to receive more than $3 billion over the next five years and will be eligible to apply for competitive grants.

The DC Build Back Better Infrastructure Task Force was responsible for making recommendations on how to maximize this once-in-a-generation funding opportunity to bolster DC’s competitiveness and resiliency in the region, nationally and globally. The Task Force made recommendations on how to prioritize projects that can be funded through the Bipartisan Infrastructure Law, including formula and competitive grants and solicit feedback from the public and external stakeholders.

The Task Force was made up of members from District agencies and external partners chosen for their expertise in each one of the 5 subcommittees:

An executive committee will review initial committee findings and guide the overall process.

When thinking about which projects should be prioritized, the Task Force considered recommendations that will improve economic opportunities for underserved communities, create greater equity amongst DC neighborhoods and residents, withstand future shocks and stressors and accommodate growth throughout the District. Project recommendations must meet three core principles: 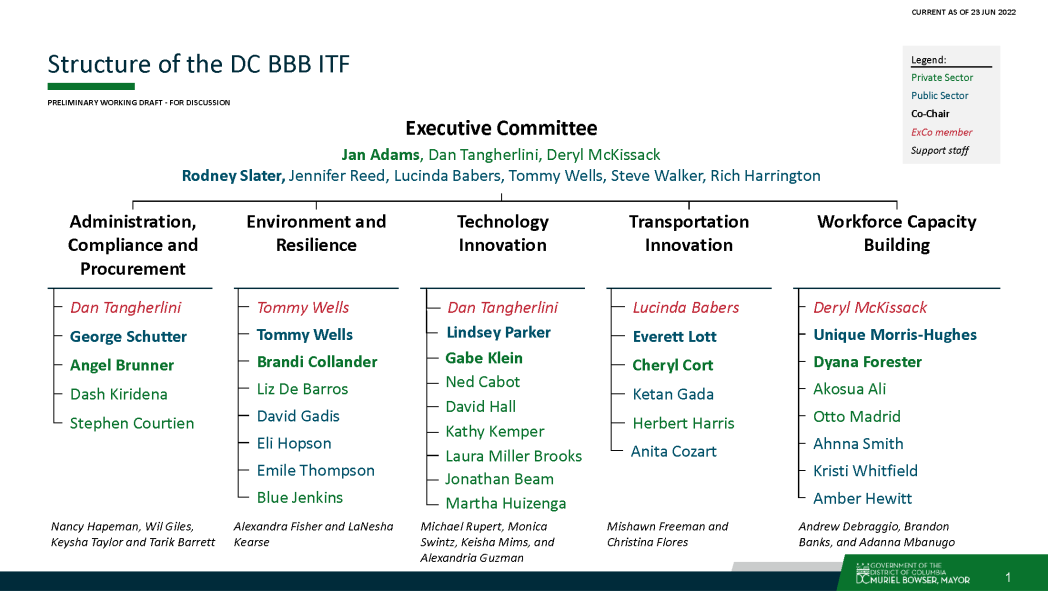